On October 3rd and 4th I stood beside my son in Washington DC.  I stood with him at the Fed Up! rally on Saturday as Chief Campanello and John Rosenthal spoke to us about the Gloucester Initiative and PAARI (the Police Assisted Addiction and Recovery Initiative). We raised our voices and marched with thousands to the White House- then later stood in silence while hundreds of names of those lost to addiction were read.

We were together as Cheryl Crowe sang For What it’s Worth in the shadow of the Washington Monument during the UNITE to Face Addiction rally. I got goosebumps as she belted out “Everybody look what’s going down…”.

We stood as the Surgeon General announced that the first ever report commissioned on substance use, addiction, and health will be published in 2016.

” I’m here to say that we won’t hide from this issue because it’s hard for some to talk about. Because we know there was a time in this country when it was hard to talk about smoking, about AIDS, and about mental health. But we were fortunate enough to have leaders who stood up and said: It’s time for us to have a conversation in this country that’s based on facts; A conversation that’s based on medicine and science.” ~ Surgeon General Vivek Murthy

We listened as the Fray sang How to Save a Life- a song I used to have to turn off when my son was in the depths of his addiction because I didn’t know how to save him.  That song will forever pierce my heart. We stood at the National Mall with tens of thousands of others to help bring attention to the epidemic of substance use disorders in America. The Director of the White House Office of National Drug Control Policy Michael Botticelli and MA Senator Ed Markey were among the many who took the stage.  Former RI Congressman Patrick Kennedy spoke of his work to pass the The Mental Health Parity and Addiction Equity Act (MHPAEA) and urged everyone to fight for their rights under this law. Joe Walsh, the Fray, Cheryl Crowe, Stephen Tyler and so many others performed a free show to a crowd of thousands where staggering drunkenness and the smell of pot were not part of the landscape. The air was electric with hope. Many there mourned the loss of someone they loved, yet the atmosphere was filled with a sense that something was indeed happening here, and what it is was exactly clear. We were there to change the conversation and erase the stigma so those who are isolated and suffering can step out of their silence and ask for the help they need.

Parents and loved ones wearing tee shirts with pictures of those lost to addiction filled the crowd.  Posters of beautiful faces no longer with us graced banner after banner and sign after sign. People held signs and tee shirts announcing recovery everywhere we looked. Words of celebration were next to photos of angels. Everyone who marched to the White House and stood on the Washington Monument lawn that weekend had been touched by addiction, and we each represented so many thousands more who couldn’t be there.

Billy Pfaff of Heroin Is Killing My Town stood with a young girl on his shoulders for hours so she could see. He didn’t know her, but her father was in treatment and she was there supporting her dad. Billy was up front, and he is really tall, so she had the finest seat in the house. That little girl was glowing with happiness that night. It was beautiful.

Following is a partial list of people I was able to thank, with a handshake or a hug, for what they do every day to help make this world a better place for all of our children: Charlotte Wethington, mother of Casey and initiator of Casey’s Law, already enacted in KY and OH, which allows families to seek involuntary treatment for their addicted loved ones; Jeanne Keister, mother of Tyler, from AtTAacK Addiction doing great things in DE; Chris Fiore, father of Anthony, creator of Anthony’s Act,  pushing to require the Affordable Care Act include a minimum of Ninety (90) days inpatient for drug or alcohol treatment; Greg Williams of Anonymous People and co-founder of UNITE to Face Addiction;  Bill Williams, father of William, activist, blogger and founder of Where There’s a Will Fund;  my dear friend Katrin O’Leary, now with Before the Petals Fall Magnolia Family Addiction Support,  who until that weekend was only a voice on the phone from FL – she is a Warrior Mom, taking calls day and night and helping anyone she can with support and resources; Chief Campanello of the Gloucester Police Department and founder of  the Gloucester Initiative;  John Rosenthal of  the Police Assisted Addiction and Recovery Initiative (PAARI);  three superheroes from MA -Billy and Dana from Heroin Is Killing My Town and Matt Ganem, poet, activist and so much more; people from Learn to Cope, a MA based peer support network, with meetings across the state; members of  Young People in Recovery, working to change the stigma and help those in early recovery;  people from  Voices of Recovery, uniting those in recovery and working on advocacy, healthcare and support.

Before my first post in June, I did not know who any of the above people or groups were. Now I have marched with them to the White House and stood beside them on the National Mall. For those of you who feel alone out there in your battle with addiction: these fine people and so many more are fighting for you every single day. You are most certainly not alone.

I may live in Colorado, but much of my heart is with Massachusetts right now as they work with all their might to turn the tide of this epidemic decimating my home state. They represented in a big way in DC, and I am proud of the fight they are waging. They are an example of what needs to be done in every state. From the Gloucester Initiative to the Governor’s Opiate Panel, the people in MA are challenging this epidemic by making their voices heard.

In MA an updated Action Plan to Address the Opioid Epidemic includes the following based on the governor’s Opioid Working Group Recommendations:

MassHealth and DPH commit to the development and implementation of a statewide database of available treatment services, available via helpline and website.

This project will be phased in:

The UNITE rally in DC was a kick-off event for a newly formed organization Facing Addiction. I hope they will do great things in battling the epidemic, putting faces to recovery and giving hope to those who need it most. FED UP! Coalition has been advocating for ‘an end to the epidemic of addiction and overdose deaths attributed to opioids (including heroin) and other prescription drugs’.  This year was their third annual rally in DC.

I hope that all the energy we felt in DC on rally weekend is dispersed across the country as participants feel empowered to spread the message to cities and towns everywhere.

Addiction is not a moral failing.

Silence will kill our children.

As we speak more openly about our experiences we can help others who feel alone.

The Surgeon General is on our side.

Michael Botticelli is working for us.

Chief Campanello is blazing a trail and his PAARI group is there to give the roadmap to ANY police force who asks for it.

Research Comprehensive Addiction Recovery Act and let your legislators know you want them to support it.

Naloxone should be readily available to everyone and in the hands of all first responders.

We are in this together folks.

For what it’s worth, let’s make something happen here.

The people at FED UP! and UNITE To Face Addiction put together an amazing agenda of speakers and musicians. I am so grateful to have been there to witness history as we made recovery part of the national conversation. My son has been in recovery for 20 months. Experiencing the rally weekend with him was incredible – it would not have been the same without him.

As we gathered among posters, banners and tee shirts emblazoned with the faces of those who lost their battle with addiction I was grateful beyond measure to be standing beside my son.

Here is the UNITE video  played at the event.

As I was wrapping up this article I received an email on behalf of the Edward M Kennedy Institute for the United States Senate. This is a chance for your voices to count! Join the Conversation!!!

On behalf of the Edward M. Kennedy Institute for the United States Senate, I am writing to invite you and your blog readers to an upcoming public program in our Across the Aisle series. We hope that you can join us as we welcome Governor Charlie Baker, Secretary Marylou Sudders, Sheriff Peter J. Koutoujian, and others for a discussion on the current state of the opioid epidemic in MA and how we can seek to make a difference. Jon Keller of CBS Boston will moderate the conversation.

The program will take place at 6:00 PM on Monday, October 26, 2015. (Invitation attached.) Interested individuals can register online or contact me directly if that’s easier. We hope you can join us and thank you for the wonderful work you do daily.

for the United States Senate

19 thoughts on “We UNITED to Face Addiction. No More Silence.” 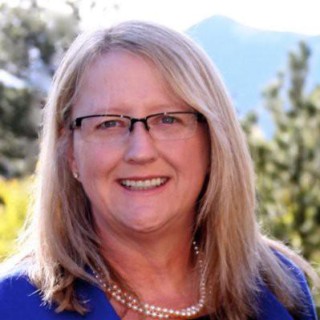